In recent weeks, the Polish Ministry of Finance has announced a number of tax changes for 2021. This time the most of them concern income taxes - especially the possibility of CIT taxation of limited partnerships  seems revolutionary - we can also expect new taxes, such as, for example, the tax on foodstuffs ( the so-called sugar tax) or the power fee.
The new year will also most likely bring new benefits for taxpayers - we have already learned about the assumptions of the so-called exemptions for robotization, or the so-called "Estonian Tax".
At the same time, the application of the current tax law concerning withholding tax and mandatory disclosure rules on tax schemes causes uncertainty and triggers significant tax risks.
We would like to discuss with You the proposed tax changes of 2021 and their consequences for your companies as well as elaborate on topics that still might challenge your cash flow and impact your future plans.
Zapraszamy do rejestracji:
https://www.pwc-events.com/doing-business-in-poland 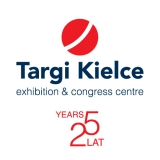